Growing up we didn’t eat a lot of Greek food in my house…actually, I’m not sure I had ever eaten any type of Greek food until I moved to Florida 8 years ago. And damn was I missing out!

I am a sucker for easy meals, and Mighty Spark Foods foods has all the the best prepared meats (blended with vegetables, herbs, seasonings) all ya gotta do is cook it up!

So I had a package of their turkey blend with sweet potatoes, lentils, and spinach and I decided to make a Greek bowl for lunch!

The meatballs were definitely the MFP of this quick and easy meal! 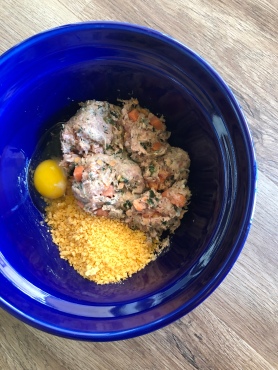 First I tossed the meat, egg, and 1/2 cup panko into a bowl and mixed it up. Then I rolled them into bite size balls and rolled them in the other 1/4 cup of panko crumbs. While I was forming he meatballs I drizzled my EVOO in my cast iron skillet and let it warm up on the stove on medium.

Now toss the meatballs in the pan and roll them around until the outsides are seared all the way around. I seared mine because I like that extra crisp that the meatballs get but also because it seals all the juice! Next, toss the cast iron skillet into the oven at 350 for about 20 minutes to cook the meatballs all the way through. 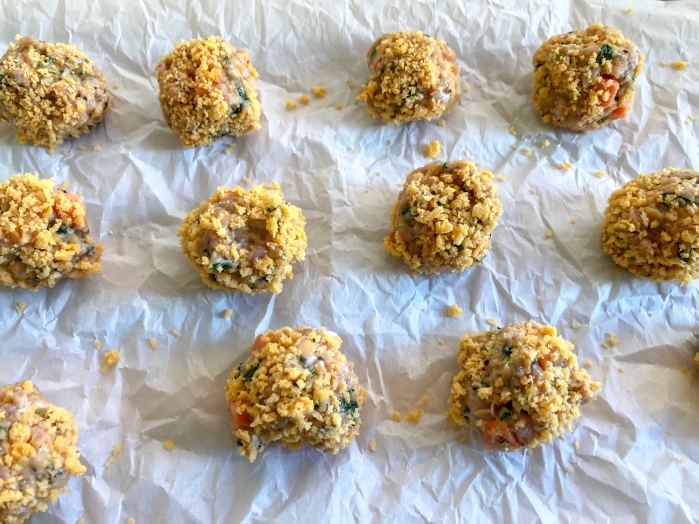 While the meatballs are baking away- prepare the rest of your bowl! I sliced up some beef steak tomatoes, cucumbers, spinach and red onion and tossed them in a Greek vinaigrette. Whats Greek food without a little Tiziki though?!?! And better yet- mini StoneFire naans for dipping! 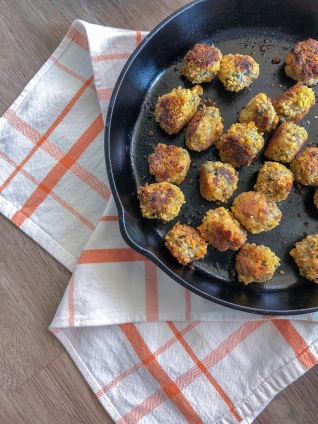 Mix all the ingredients together and garnish with a little diced red onion and wahh-lahh! 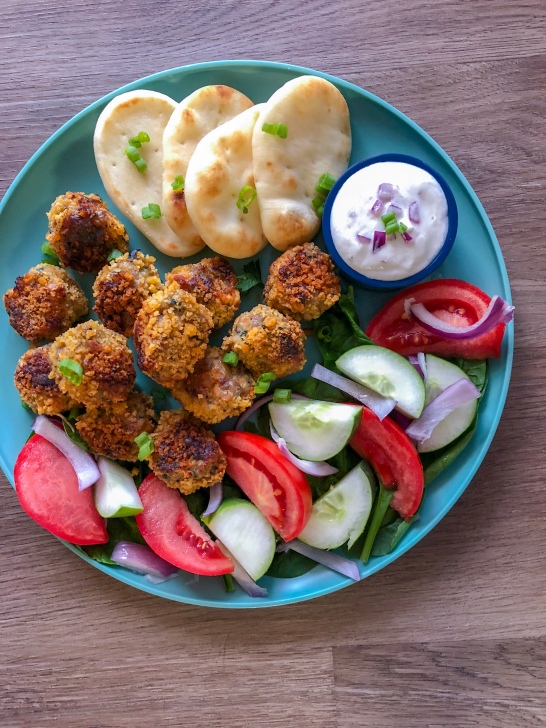 These are great treats to keep in the refrigerator for a snack, appetizer for a party, or you can even freeze some of them for later! They heat up almost as good as if you had just made them!

View all posts by katiescardiokitchen